What Is a Credit Union and How Does It Work?

Have you ever wondered what a credit union is? Here is an in-depth guide on how they work. 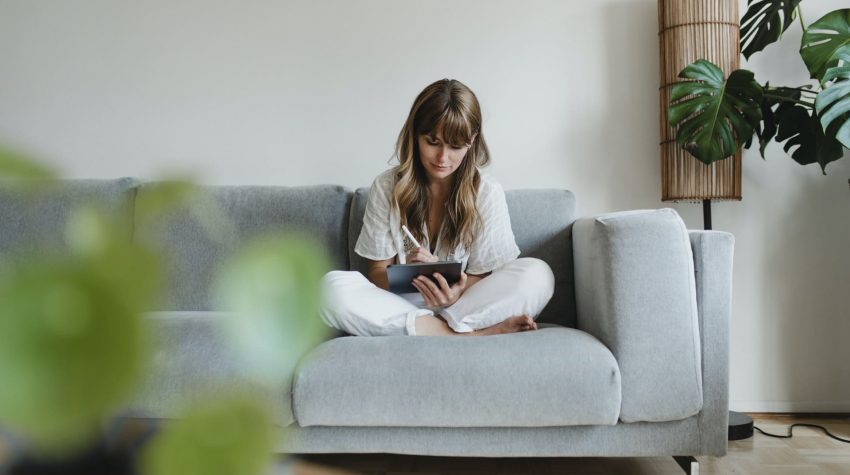 You can trust The Investor Post
Our strict editorial guidelines ensures that our reader’s best interest is always prioritized. Therefore, know that any references to products or services from our partners in this post, although they may compensate us, have not influenced our evaluations. Read about how we make money.

You’ve likely heard of a credit union or at least seen one while driving around your town. Have you ever wondered what they are?

From a distance, credit unions may appear to be exactly like a traditional bank. However, if you look closer, you’ll find that many differences distinguish the two.

Today you’re going to learn what a credit union is, how it works, the advantages and disadvantages of them, and how you can join one.

Here’s everything you need to know about what a credit union is and how they work:

What is a credit union?

Credit unions are not-for-profit financial institutions owned by members. Members are the regular people who use that credit union’s financial products, such as having a checking or savings account.

Because credit unions aim to serve the members, the profit they earn from fees and interest on loans gets reinvested back into benefits for members. These benefits include better interest rates on loans, reduced fees, and higher savings account APY.

For example, while a traditional bank might give you between 0.01% and 0.06% interest on your savings, it’s not uncommon for credit unions to provide you between 0.10% and 0.15%.

How is a credit union different from a bank?

Besides their similarities, there are a few key differences that make banks and credit unions very unique from one another. Let’s take a look at those differences.

The difference between the two can be seen when you look at their products and services. For example, credit unions tend to offer lower interest rates on loans, lower fees, and higher APY on savings accounts.

This is in contrast to banks, which tend to have higher interest rates on loans, charge higher fees, and have lower APY on savings accounts—all things to make more profit.

Credit unions are member-owned financial institutions. This means when you open an account at a credit union, not only do you become a member, but you also become a part owner. That’s because credit unions are owned and controlled by the members, or the people who use their services.

When you are a member of a credit union, you’ll have certain member-owner privileges, such as voting for a volunteer board of directors to manage the credit union.

On the contrary, banks are owned by shareholders. Shareholders can include institutional investors and individual investors like me and you.

When you visit any traditional bank, odds are you’ll be able to open an account with them, even if they don’t have any physical branch locations in your state.

For example, I once opened a Citi high-yield savings account while living in North Carolina. Citi does not have even one branch location in the state of North Carolina. However, I was still able to open the account.

The same cannot be said with credit unions. Credit unions are reserved to people in specific regions, communities, or businesses. For example, to qualify for membership at most credit unions, you have to live, work, or attend school in the region or community in which that credit union serves.

Whenever you are depositing money into a checking or savings account, it’s important that your deposit is insured. Fortunately, both credit unions and banks have deposit insurance, which means if the institution ever failed, you’re money (or part of it) would be returned to you safely.

Both the FDIC and NCUA insure deposits up to $250,000 and are backed by the full faith and credit of the United States government.

The last difference between a credit union and a bank is their product selection. Because credit unions are much smaller than banks, they tend to have less financial products to choose from.

Banks may offer more account types as well, such as high-yield savings accounts, while credit unions may be limited in their offerings.

Nonetheless, despite the product differences, it’s important to note that just because credit unions have less products to offer, doesn’t mean they can’t be competitive. For instance, credit unions usually offer more competitive terms on loans and credit cards.

They can do this because most of their profits are reinvested back into benefiting their members with lower interest rates. This is different from banks, which are only interested in maximizing profits for shareholders.

What are the advantages of credit unions?

Credit unions have a few unique advantages that make them more appealing over banks. Let’s go over those advantages in detail.

Credit unions typically have better annual yield percentages (APY) on savings accounts than their traditional bank competitors. Once again, this is because credit unions reinvest their profits back into providing competitive advantages for members.

In saying that, if you wanted the most competitive savings account APY, you would turn to a high-yield savings account which can offer anywhere from 0.60% to 2.36% APY or more. However, if you prefer to keep your money local, a credit union will usually offer better rates than banks.

It’s not uncommon for credit unions to charge the same type of fees as banks. After all, they may be a non-profit institution, but they can’t operate at a loss—they must cover their costs.

In saying that, credit unions still offer the advantage of having less or lower fees than traditional banks. For instance, both credit unions and banks will charge you an overdraft fee if you don’t have overdraft protection. However, the fee a credit union charges you will by and large be smaller than that of a bank.

In addition to lower fees, by doing business with a credit union, you can avoid many of the additional fees that come with a traditional bank, such as monthly maintenance fees.

Credit unions will usually have better, more personalized customer service than banks. This can be because credit unions are often smaller than banks, which means fewer customers.

Additionally, since credit unions only serve specific communities, the employees who work at credit unions will also live in those same communities. This means every customer who comes in is practically a neighbor, which can translate to a friendlier interaction.

Overall, credit unions have a reputation for providing higher quality customer service than large banks with a significantly large customer base.

What are the disadvantages of credit unions?

No product or service is perfect, and credit unions aren’t an exception. Let’s take a look at where credit unions fall short and why you may not want to use one for your banking needs.

The biggest drawback of a credit union is that they are not open to everyone. Every credit union has a specific set of eligibility requirements that you need to meet before joining.

For example, most credit unions will only cater to a particular business, region, or community. If you fall outside of that, your application won’t be approved. Also, there may be a fee that you must pay for membership.

These fees are usually minimal, such as $5, and are refundable if you ever cancel your membership. However, for some, this is an unnecessary hurdle that is not worth the time or energy.

Because credit unions are smaller and have less capital to pour into things like advanced apps and website features, they tend to lag behind in technology. In the digital age we live in, this can be a deal-breaker.

For example, many smaller credit unions don’t have mobile apps available to download. This means you wouldn’t be able to bank on-the-go. Even their websites have a tendency to be a bit archaic, lacking simple features such as 2-step authentication.

Of course, larger credit unions are often able to keep up with big banks in terms of technology, but the small credit union in your neighborhood is usually left behind.

Because credit unions serve locally, they only have a limited number of physical locations. If you are someone who doesn’t travel much, this may not be a big deal. But, if you do travel a lot, this may pose as a potential problem.

Many credit unions remedy their lack of physical branch locations by joining large ATM networks designed to expand their reach. If you’re someone who prefers visiting a physical location, you may instead want to look at banks that operate nationally.

How does a credit union make money?

Can I get loans from credit unions?

Yes, you can get a variety of loans from credit unions—auto loans, personal loans, mortgages, HELOCs, and more. Credit unions usually offer the same financial products as banks, but often with better rates and terms than banks.

Do I need to be a member to get a loan from a credit union?

In most cases, yes, you need to be a member to get a loan from a credit union. Credit unions are not like banks in that they are open to the public. Instead, credit unions are reserved for the residence of specific regions, communities, or businesses. If you do not live in the community, you will likely not be able to join the credit union and take advantage of their competitive loan rates.

How to Start a Blog Today: The Definitive Guide (2023)

What to Do When You Are Completely Broke

How to Start a Blog Today: The Definitive Guide (2023)

Survey Junkie Review 2021: Is It Legit or a Waste of Time?

The Investor Post is an independent, advertising-supported publisher. We are compensated in exchange for featured placement of sponsored products and services, or your clicking on links posted on this website. This compensation may impact how, where and in what order products appear.
© 2023 The Investor Post. All rights reserved.
Menu
Menu

Links on this website may lead you to a product or service that provides an affiliate commission to the owners of this site should you make a purchase. In no way does any affiliate relationship ever factor into a recommendation, or alter the integrity of the information we provide. Please note that we have not been given any free products, services, or anything else by these companies in exchange for mentioning them on the site. The only consideration is in the form of affiliate commissions.